PatchBot will keep your Discord channel up-to-date on all the latest Call of Duty: Modern Warfare changes.

EVENTS ‘80s Action Heroes This high octane experience has come to an end! The downtown tower Contracts have been removed and the vault is now closed. The CIA outpost is no longer operational and the survivor camps have been abandoned.

BUG FIXES • Fixed an issue preventing the FARA 83 horizontal recoil from being properly adjusted. • Fixed an issue that caused Modern Warfare reticles to appear on the Axial Arms 3x and Royal & Kross 4x.

We have a great deal of enhancements coming to all BOCW optics and reticles in Season 4. Coupled with some exciting attachment changes, we feel the landscape of long-range viable weapons will soon be as diverse as it has ever been. 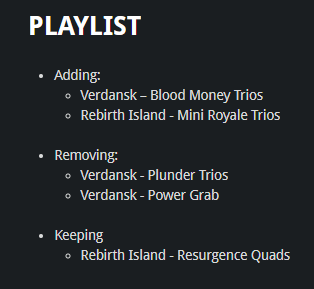 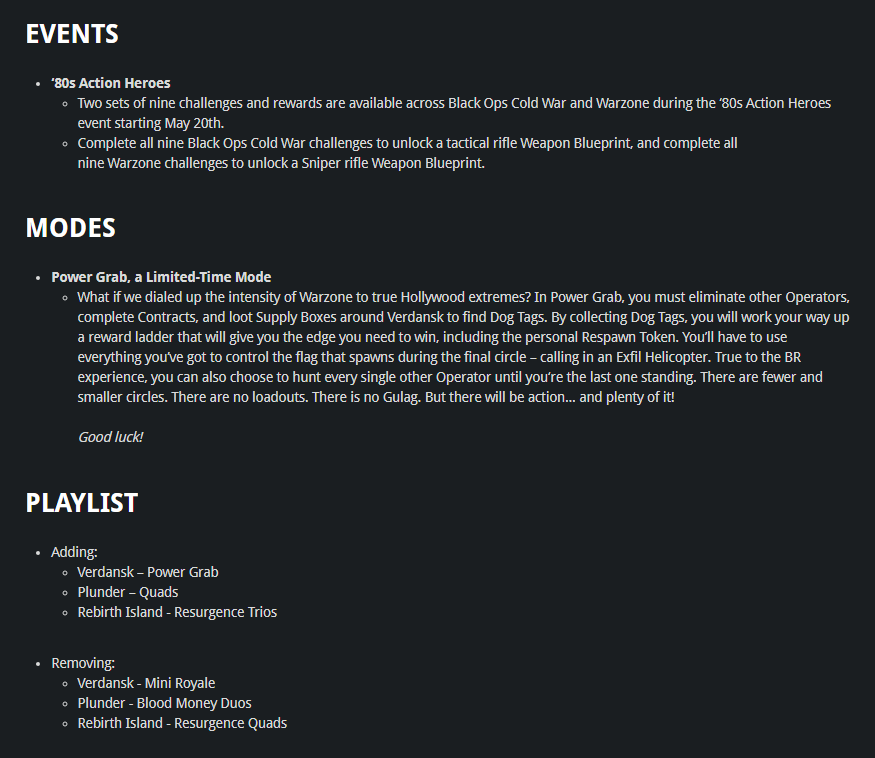